Millions of Americans retire every year, and more and more are leaving the workforce early due to the COVID-19 pandemic. According to the Federal Reserve Bank of New York’s latest labor market survey, only about 50.1% of people expect to work beyond 62 years old, the lowest ratio since the New York Fed started tracking these statistics.

Alabama and Georgia are highly rated retirement locations. They have lighter tax burdens and ways to enjoy your time outside. The better retirement spot depends on your preferences in communities and activities, financial condition, and proximity to family and other care and support systems.

Are you staying where you are or moving somewhere sunnier, somewhere with longer sweater weather, a bustling city, or a quiet small town? Or, are you moving for financial reasons? Read on to know what sets these two states apart.

Which Is a Better Retirement Location — Alabama or Georgia?

Alabama and Georgia are both tax-friendly states with a lot of Southern charm, nature, and beaches, and a mix of city and country life for a relatively low cost compared to the rest of the country. They both have low taxes, which might make either state attractive for retirement.

But there are also some cons to living in either state, including issues on quality of living and their infamous humidity. Here is a quick overview of the pros and cons of retiring in Alabama and Georgia. We’ll go over them in detail later on in the article.

Let’s look at them now.

Georgia might outperform Alabama in school performance, and they have heavy traffic most of the time, but there are many other reasons why you might consider this state instead.

Let’s talk about these reasons now. 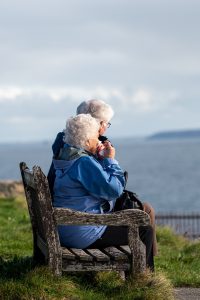 As of 2018, more than a third of the population of the Heart of Dixie was over 50 years old, slightly above the national average. According to the US Census Bureau, in 2019, 17.3% of Alabama’s population was aged 65 and older.

This means that there will be a lot more people your age to meet up with and create a strong support system of friends.

Taxation and Cost of Living

Alabama is one of the friendliest states for retirees in terms of taxation.

In Alabama, federal and state pensions, as well as social security benefits, are not subject to state income tax. Property taxes are also very low compared to the rest of the nation. Homeowners aged 65 and older are exempt if they are disabled or earn below a certain bracket.

The cost of living in Alabama is also cheaper than the national average.

In fact, the state is one of the most affordable places to live in the US, alongside places like West Virginia, Arkansas, and Mississippi. That means you can enjoy this Southern state’s natural attractions, beaches, rich culture, and thriving small-town life for much less than pretty much elsewhere.

According to Attractions of America, some beautiful small towns in Alabama include:

And, speaking of natural beauty, Alabama is home to about 60 miles (96.5 km) of the Gulf Coast. In other words, it has an abundance of sugar-white beaches and clear waters for you to enjoy.

Alabama’s climate is humid subtropical, which means sweltering summers, mild winters, and a lot of rain and thunderstorms.

Unfortunately, Alabama ranks very low in nearly all quality of living indicators with:

In a study by NiceRX, a medication access company, Alabama emerged as one of the unhappiest states based on factors such as household income, life expectancy, homicides, and poverty rate. It ranked 47th out of 50 states.

In contrast, Hawaii was considered the happiest state.

Additionally, Alabama is one of the lowest-ranking states in terms of public education, according to US News.

Persons over 65 years old represented 14.3% of Georgia’s population in 2019. But the US Census Bureau estimates that more than 1 in 5 Georgia residents will be 60 or older by 2030, increasing demand for professionals to care for an aging population.

Georgia is often considered one of the best places to retire in the US due to its favorable tax rates and low cost of living and homeownership. Like Alabama, Georgia does not tax social security income, and it only partially takes a cut from withdrawals from retirement accounts and pensions.

One year of a comfortable retirement in Georgia will cost you a little over $57,000 in 2021, less than half of what you’d need to kick your feet up in the most expensive state of Hawaii.

The Peach State also has one of the best-performing economies in the country, ranking 10th in economic performance in the Rich States, Poor States: ALEC-Laffer State Economic Competitiveness Index in 2021. Its economic outlook is also positive, placing 14th out of 50 states in the same index.

You’d also get firsthand experience of Southern culture in Georgia, with its excellent food, including Georgia peaches, and an overall laidback lifestyle. However, you’d have to get through its humid summers before enjoying its mild winters. 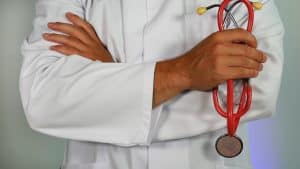 However, recent surveys may change your perception about retiring in Georgia. MoneyWise said Georgia is one of the worst places to retire in 2021, with most of the blame resting on its healthcare quality.

In separate lists, WalletHub and MedicareGuide ranked the Peach State last among all US states in terms of health indicators, including:

In the category of health outcomes, which covers data on infant mortality and maternal mortality, the state placed 47th.

Another thing Georgia, specifically Atlanta, is known for is heavy traffic. In 2019, people in Atlanta lost 82 hours to traffic congestion, according to the Global Traffic Scorecard. Atlanta ranked 10th in the list of US cities with the worst traffic, behind fellow big cities Boston, Chicago, and Philadelphia.

As in anywhere, there are many pros and cons of retiring in Alabama or Georgia.

Alabama has many great options if you’re interested in small-town living while comfortably enjoying your retirement benefits. Georgia’s economy is headed in a good direction, but its performance in health care might make you think twice about settling down there.

Though they’re not without areas of concern, these two states remain top retirement locations in the US. Other than the factors mentioned above, you’d still have to consider matters like housing arrangements, your proximity to your loved ones, and the ease of moving around.