Kansas and Oklahoma are both good states for people to consider retiring to. However, if you’ve narrowed your list down to these states, there are things to consider when making a final decision, including the cost of living and tax rates.

Between Oklahoma and Kansas, Kansas is the better state for retirement due to its generally favorable tax rates and the relatively low cost of living. Additionally, it has better healthcare access and a larger variety of things for seniors to do compared to Oklahoma.

In this article, I’ll look at Oklahoma and Kansas and compare what each state has to offer to retirees. I’ll take a look at taxes, cost of living, and activities, and will also take into account the downsides of each state.

As neighboring states, Oklahoma and Kansas are relatively similar. However, there are some key differences that can influence your decision on where to retire.

Both states are a good option for people looking for a low-key environment post-retirement. However, Oklahoma ranks lower on quality of life and healthcare, though it has better tax rates.

Oklahoma offers a complete exemption on your Social Security retirement benefits. Additionally, you can also benefit from a $10,000 deduction on other types of retirement income you may have, including a pension and a 401(k) plan.

Kansas exempts all Social Security income for seniors as long as they have an adjusted gross income (AGI) equal to or lower than $75,000. Your public pension is also exempt. However, the state does not offer exemptions on types of retirement income like a 401(k) plan.

However, these aren’t the only tax rates you will have to think about.

Oklahoma has a low-income tax, with a top rate of 5%. However, this rate is higher than neighboring states like Texas (no income tax) and Kansas (4.6%).

Additionally, Oklahoma has a relatively high sales tax, especially in comparison to neighboring states. The combined state and local sales tax in the state averages out to 8.86%, which is slightly higher than Kansas (8.62%).

On the other hand, property taxes are slightly higher in Kansas – 1.30% in comparison to 0.85% in Oklahoma.

In general, given the better benefits on retirement income, Oklahoma definitely wins out when you’re thinking of taxes.

Generally, both states are a good option for people who prefer relatively mild weather and aren’t huge fans of the winter.

Both states have numerous options in terms of activities and attractions. Let’s look at the major attractions in each state.

The state is also home to six national parks, the Trail of Tears historic trail, the Santa Fe Trail, and several national recreation areas, including the Chickasaw National Recreation Area.

The city is also home to several national parks and historic sites, including:

Though it’s not home to any sports team from the four major sports leagues, Kansas City is home to Sporting Kansas City of Major League Soccer. Additionally, the city is also the location of the Kansas Speedway, which hosts two NASCAR race weekends annually.

In general, both states are a good option for people looking to enjoy history and nature. However, Kansas features more diverse options, helping it come out on top.

When you’re living on a limited budget after retirement, the cost of living becomes a critical consideration.

Let’s look at this in detail with the table below. This table allows you to visualize how much you would spend in both Oklahoma and Kansas. It compares the cost of living in each state to the equivalent of $100 spent in the United States on average.

Though costs are more or less similar, where Kansas really differentiates itself from its neighboring state is in the price of healthcare. Though both are higher than the national average, Kansas is only 3.4% higher.

Oklahoma, on the other hand, is 15.8% than the U.S. average, which is a significant difference, especially after retirement, when you may expect to have to visit the doctor more often.

Based on these numbers, Kansas is slightly more affordable than Oklahoma. I’ll look at how health care differs in each state beyond simply prices next. 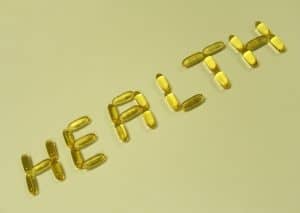 As discussed above, healthcare is significantly more expensive in Oklahoma than in Kansas. However, these numbers mean nothing without discussing access to healthcare. After all, if finding a doctor in a state is difficult, it doesn’t matter how much they’ll charge.

So, which state is better for healthcare access – Oklahoma or Kansas?

Oklahoma ranks low in terms of healthcare access, and according to The Commonwealth Fund, it’s 50th out of 51 nationwide (50 states and District of Columbia). Kansas ranks much higher at 34th overall. Though the health system in Kansas is slightly worse than the national average, the difference isn’t much, while Oklahoma performs much lower.

Here’s a more detailed comparison of how the states rank. This table shows their position across The Commonwealth Fund’s nationwide rankings.

Given that health is often a concern for older people and retirees, the healthcare system in a state is a major consideration to keep in mind when deciding where to retire. Given these numbers, it’s clear that Kansas is the better option in terms of healthcare access.

Though the rate of violent crimes is relatively similar between the states, the rates of property crimes may be enough to make you stop and consider your option.

However, again, these numbers are similar enough that it’s difficult to definitively claim that one state comes out on top over the other.

Factors To Keep in Mind When Deciding Where To Retire

While comparing your top options can help when making a decision about your retirement, this isn’t the only thing you should do before you take your final call. Remember, while Oklahoma and Kansas have a lot to offer retirees, they’re not the only options available to you.

Let’s take a closer look at some other considerations to keep in mind.

Retirees often find that healthcare is a more significant concern in their post-job lives than it ever has been before. This is because there are certain medical conditions that are simply a part of aging, while others may be exacerbated as you age.

Whatever the case, it’s essential to keep your health in mind. If you’re relatively healthy, you’ll likely have a larger number of retirement options open to you.

However, if you have specific health concerns, it’s best to make sure there’s a specialist available near your retirement location to treat you. This may necessitate striking certain states and cities from your list of options.

Your health should always be your priority.

Aside from healthcare access in the state you’re shifting to, you should also look at accessibility in localities. For example, while a state may rank high in terms of access, you may find that rural areas have fewer doctors available and no experts who can help with your health concerns.

So, remember to research both the state as a whole and your area in general. If you’re joining a retirement community, you can also ask management if they have any special healthcare arrangements for residents. 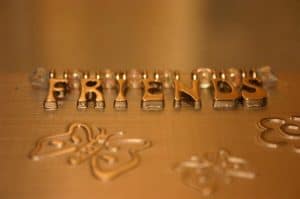 While moving to a new state may sound attractive, many retirees also take their new lives as an opportunity to spend more time with family and friends.

If spending time with your loved ones is the most important consideration for you, you’ll naturally have a limited set of options for where you can move to, depending on where they live.

At the same time, it’s essential to keep in mind that this should only be a decision you take if you truly want to spend as much time as possible with family. Many older people decide to move closer to loved ones more due to fear of loneliness rather than an honest desire to live in a particular area.

If this is how you’re feeling, don’t worry, as retirement communities allow you to meet people with similar interests, and the internet has made it easier than ever to meet new people. Additionally, the internet also allows you to stay close to your loved ones, regardless of your physical location.

Another way family and friends impact where you move post-retirement is in terms of activities in the area.

Some people may prefer to move to larger cities or regions with many attractions, as it gives them things to do with visiting family and friends. If this is a concern, research the area thoroughly so you can be confident you’re making the right decision not just for your loved ones but for yourself as well.

After all, a city like New York has a ton of things to do, but that doesn’t necessarily mean you’ll enjoy living there after your loved ones have returned home.

Familiarity and Other Personal Preferences

Many people want to spend time in a familiar environment post-retirement. This doesn’t necessarily need to be their current place of residence. For example, it can also be a frequent holiday destination that they’ve grown comfortable spending time in over the years.

Additionally, there are numerous personal preferences that go into deciding where to live post-retirement. Some of these preferences are quantifiable. For example, a lower crime rate makes more sense, while others might not, such as whether you feel comfortable in the culture of a given city or state.

As an idea, if you’re not religious, you may not feel comfortable living in a religious community post-retirement, regardless of other benefits.

When deciding where to live, it’s essential to keep your preferences and hobbies in mind, along with the expectations of your place of retirement. Making a decision purely based on logic means that you may end up choosing a location that you’ll never be happy in, which is a waste of both your time and your money.

Deciding where to retire is an extremely important decision, especially if you hope that you won’t have to move again in the future. Kansas and Oklahoma are two states that are often at the top of people’s lists thanks to their favorable tax rates and low cost of living.

However, on balance, Kansas is the better of the two options.

This is because, while Oklahoma has better tax rates for retirees, Kansas has better healthcare access and a lower cost of living. Additionally, it has slightly lower crime rates and a larger variety of attractions for you to enjoy.