As the Sunshine State, Florida has traditionally been a sought-after place for retirement. Tennessee and Georgia, however, have recently become popular retirement locations as well, offering a wealth of lifestyle advantages.

Tennessee and Georgia can be perfect spots for retirement. For example, Georgia has the benefit of a coastline, warmer weather, many Active Adult Communities, and a lower crime rate. In contrast, Tennessee has a lower cost of living, friendly locals, and a vibrant music scene.

This article will take a detailed look at Georgia and Tennessee as retirement location options and will discuss the pros and cons of both so that you can make an informed decision.

Living in Tennessee and Georgia

Before looking at the pros and cons of living in both states, it’s important to get a general understanding of life in the two states. As southern states, both Georgia and Tennessee benefit from southern hospitality and warm weather.

Tennessee is green, wooded, and scenic, with beautiful views from the Smoky Mountains. Although it’s landlocked, the Mississippi River runs through the eastern side of the state, offering plenty of pretty views and entertainment.

It’s also culturally rich, especially when it comes to music. Nashville and Memphis are thriving supporters of the blues, soul, country music, and rock n’ roll.

Georgia is further south and is famous for its delicious peaches. It has a stunning coastline and plenty of natural wonders, like the Okefenokee Swamp and Providence Canyon. The Peach State features the best of southern cooking and many famous museums, including the Hammonds House Museum.

Tennessee vs Georgia: Pros and Cons

Retirement is known as the golden years and the chance for you to enjoy your hard-earned money. Choosing the best location for retirement is therefore vital. Below we will compare the pros and cons of both Tennessee and Georgia to make an informed decision.

Pros of Retiring in Tennessee 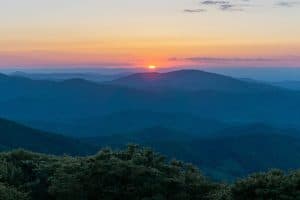 Retiring in the Volunteer State comes with many advantages:

Cons of Retiring in Tennessee

Although there are many benefits to retiring in Tennessee, like everything in life, it has some drawbacks:

Pros of Retiring in Georgia 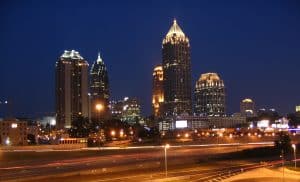 The Peach State has become increasingly popular for retirement in recent years.

Here are the pros of retiring in Georgia:

Cons of Retiring in Georgia

Georgia is an attractive state in which to retire, but there are a few drawbacks:

Choosing either Tennessee or Georgia for your retirement is a very personal decision and depends on what’s most important to you.

Tennessee offers retirees a lower cost of living, a rich music scene, and the Smoky Mountains. Drawbacks include the highest crime rate in the country and living in a landlocked state.

Retiring in Georgia gives you the option of living close to the ocean, having constantly great weather, and being near an international airport hub. The disadvantages of retiring in Georgia are the higher living costs compared with Tennessee and the smaller retirement population.